The Countess concluded her visit to Somerset with official opening of The Countess Gytha Primary School. The new Countess Gytha school, named after a former Countess of Wessex, is a modern single storey school building with a pre-school area, play areas, sports courts, and bike storage. There is a new pedestrian crossing on West Camel Road for the school and community. The car park at the new site has space for staff and visitor parking and an on-site drop off and pick up area for parents, minibuses, coaches and deliveries.

The Countess was treated to a tour of the brand new school in West Camel, which houses staff and pupils from the former school site in Queen Camel, and was built following a £4million investment by Somerset County Council. The Countess also met school pupils and staff before planting a memorial tree in the school grounds in memory of the school’s late head teacher Sue English, who passed away earlier this year. The new school was built following flooding at the old school which was 140 years old.

Since the school is named after a former Countess of Wessex, here's bit of history trivia. Gytha Thorkelsdóttir (c. 997 – c. 1069), also called Githa, was a Danish noblewoman. She married the Anglo-Saxon nobleman Godwin of Wessex - one of the most powerful earls in England under the Danish king Cnut the Great and his successors. Cnut made him the first Earl of Wessex, and Githa became the first Countess of Wessex. Countess Gytha was the mother of King Harold Godwinson and of Edith of Wessex, Queen Consort of King Edward the Confessor of England. Earl of Wessex is a title that has been created three times in British history, twice in the pre-Conquest Anglo-Saxon nobility of England and once in the Peerage of the United Kingdom (for Prince Edward).

To view all the pictures taken on the day, please see this link: https://www.beimages.net/latest/2017/11/01/sophie_countess_of_wessex_opens_countess_gytha_primary_school,_queen_camel 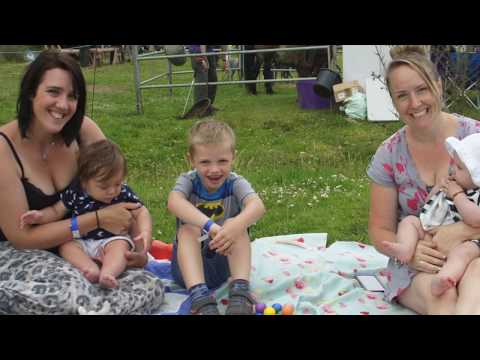